It’s that simple and I could leave it at that, but I feel like I should expand on it slightly as some of you may want to listen a bit more.

Don’t listen to your parents…

Don’t listen to your girlfriend…

Don’t listen to your boss, or your friends, or your co-workers, or the TV, or the radio, or to the newspaper or magazines.

Ryan knows exactly what I mean…he always does…

Here’s a little example of what I mean.

I was recently at a restaurant with a few friends ordering food.

As a part of my meal I ordered rice and beans. They normally put the beans on top of the rice.

However, I was with my friend and he tried to tell the server not to put the beans on top of my rice.

I like it that way. So I told the server not to listen to him.

My friend insisted that it was better that way. He explained that the beans would get dried up by the rice and the flavor would get ruined.

I like it that way. So I told the server not to listen to him.

He still continued to insist.

‘Mark? Don’t you understand that I’m trying to help you?’

So I got my beans on top of my rice.

I like this friend a lot. He was coming from a place of love. He just wanted to help.

But intentionality is not always the only thing that matters.

It’s not because my friend didn’t mean well.

It’s not that his advice probably wasn’t rational and sound.

It’s because he didn’t know me.

In the same way that your friends and family and mentors and idols don’t know you.

In a sense they do know you, but in a very shallow way.

They only know you through the brief period of time that they see you during the day.

They only know you through what you communicate to them.

They don’t know exactly how you feel, or what you want, or what turns you on, or off, or how badly you want something.

They have a mere picture in their mind of who you are. 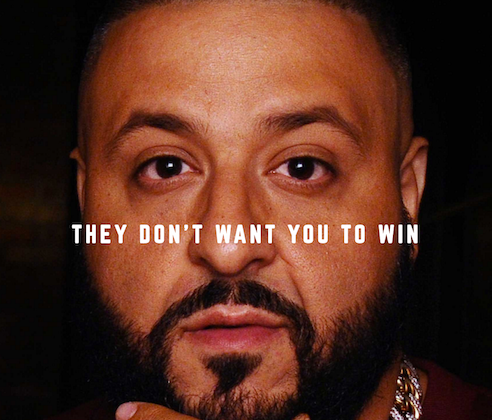 But they don’t really know YOU.

YOU is the only one that you should be listening to.

Think of YOU as an individual. YOU is the only one that you should be listening to.

Imagine YOU in any way that you like. As a wise old sage, or a mysterious cloud of pure cosmic consciousness, or as a young child full of wonder and childlike wisdom.

You can even picture YOU as Paula Deen. However I would not recommend it.

YOU is with you at all times.

But YOU can be easily ignored and drowned out by the noise of other people.

It is vital that you spend time alone, without distractions, listening to yourself.

The important thing is to know that YOU will not steer you wrong.

Only YOU knows whether or not you are trying your best.

Only YOU knows whether or not you are doing what you want.

Only YOU knows your true passions.

If you want to train in a certain manner do so.

Even if people say that you are going to hurt yourself.

If you want to eat certain foods eat them.

Even if they don’t fit your macros.

Even if it’s at the wrong time of the day.

If you want to work in a cubicle your whole life and commute 2 hours each way to work do it.

Don’t let people tell you that you have to quit your job and travel the world and experience life to the fullest and live your dreams and pet koalas and eat spicy food and scare yourself and dance and swim in the Ganges.

If you want to get nibbled to death by bunnies then let me know cause I totally want to do that as well.

You don’t have to do any of that.

Stop listening to other people and do what YOU want.

But make sure that you go all the way.

Don’t half ass it.

If you want to get strong, lift some weights, resist gravity, and get really strong.

If you want to be a Dad then go get someone pregnant and don’t immediately move to Florida to escape responsibility and live in eternal summer constantly trying to fill the emptiness in your soul with margaritas and a deep deep tan that makes your skin look like fine Italian leather best suited for the interior of a Ferrari.

If you want to fly planes, then get in the cockpit and be the best goddamn pilot that you can be.

As long as that is what YOU want.

In 2016 stop listening to others and listen to yourself for once.